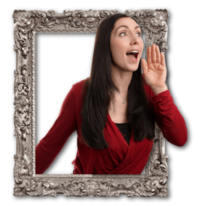 Get real English Speaking Practice with ELAN’s Conversation Club! All classes are online and supported by a teacher to set the topic and provide stimulating questions. Each class will have a unique topic, with pre-reading, vocabulary and questions in advance to help you prepare. You’ll be put in a group of 2-4 students to discuss the topics set. Classes are scheduled a month in advance to help you plan. Build your English speaking fluency with practice. Get Started Today!

Pablo Picasso was born in Malaga, Spain in 1881. His father was a drawing teacher, and Pablo became his father’s pupil. At the age of 13, he …(1)… his first exhibition. His family moved to Barcelona in 1895 where Pablo joined an art academy. ….(2)…. a young man, he took interest in masterpieces of famous artists …(3)… El Greco and de Goya. In 1901, a close friend of Picasso shot himself, which had a great …(4)… on Pablo. He was very sad and began painting his pictures in grey and blue tones instead of bright, …(5)… colours. This part of his career is called his Blue Period.

Check all B1-B2 English open cloze test exercises online by EnglishMatic. A B1-B2 level cloze passage is unique in that it entails mixed grammar and vocabulary structures which require detail knowledge and analytic thinking. This b1 cloze passage and exercise assess intermediate learners’ comprehension of grammar and vocabulary items and is an essential part of some language tests.

Dear visitor, to pay for site costs, we use affiliate links on site and may earn a small commission from a sale at no cost to you.

By continuing to browse this site, you agree to our use of cookies..